Vegan Potluck in the Park 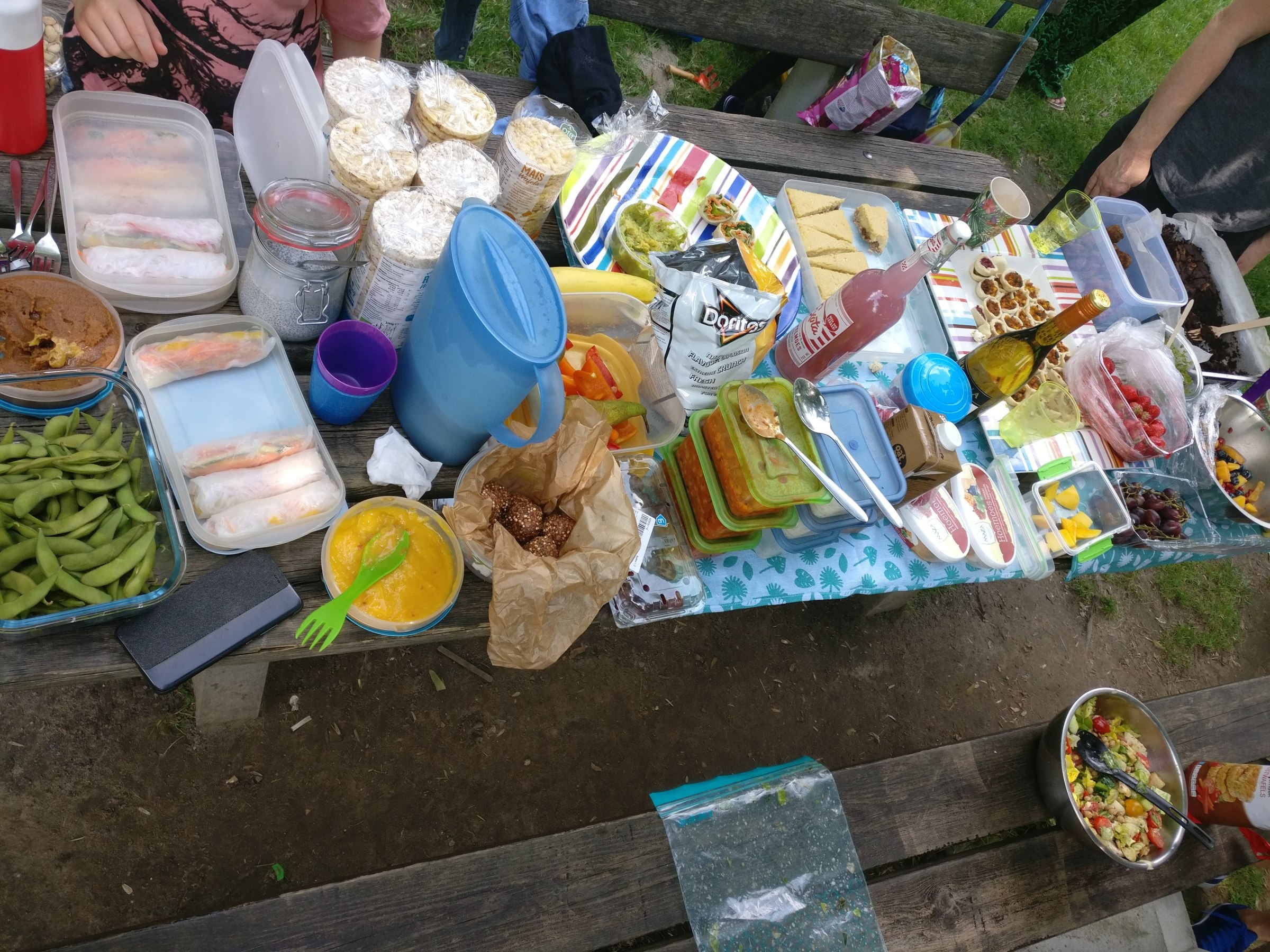 I joined forces with the lovely Marta from Happy Beets and we hosted a vegan potluck picnic in the park! Happy Beets is an amazing company that offers vegan catering. Marta is a tireless advocate for healthy lifestyles and a cleaner environment and, honestly, one of the genuinely kindest people I have ever met. Check out her website: Happy Beets. You can also follow her on Instagram and Face Book. 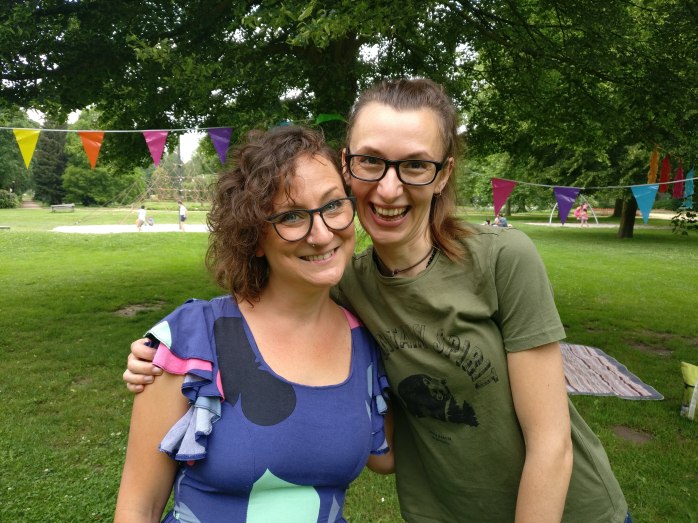 We had the idea to invite anyone interested to a park for a picnic. I had been to a vegan potluck before and it was fun but we decided we wanted this one to be a bit more family friendly and we chose a park with a super fun playground as the perfect spot.

Here is the idea: Everyone bring a dish big enough to share. The dish has to be vegan, this means no animal products including meat, dairy or eggs. The dish doesn’t have be home made but it is super important to read the labels because the premade meatlesss food isn’t always vegan, they often use eggs as a binder and this makes them vegetarian and not vegan. I am not strictly vegan myself. I do eat eggs and goat cheese on the very rare occasion, but it has been known to happen. I am a vegetarian who is lactose intolerant so I can’t do dairy. Specifically anything coming from a cow.  Marta and her family are vegan so the picnic felt like it would be easier to just ask that all the food is vegan to prevent any confusion or a vegan accidentally consuming an animal product. Did you know that after not eating animal products for a long enough time they can actually make someone ill? It’s true!

Marta and I were thrilled with the turnout. There was around 30 people there including kids and so much food! I loved that there were so many nonvegan families who came. It’s always nice to try new thing.

my son is a baking pro!

I made what I’m going to call enchilada bites. Super easy and so very picnic appropriate. Basically we rolled a dough and cut in a circle with a cookie cutter and pressed them into a a mini muffin mold. The I filled them with some of my enchilada stuffing (baked sweet potato, black beans, corn and taco seasoning) and after about 15 minutes in the oven they were done! The kitchen was literally coated in flour but it was fun and they were a hit.

Marta brought Ikea veggie balls (pro tip: Ikea has some delicious vegan veggie balls. They look just like meat balls and you can buy a big bag of them frozen! They are great for quick dinners) a chimmichurri sauce, this is a spicy green sauce made with cilantro, and an EPIC brownie. Not going to lie, people were fighting over the crumbs. Also on offer were salads, fruit, dips, spring rolls, curry, and drinks. Like I said, so much food!

The kids played and the adults chatted. I met some really interesting people and really enjoyed talking to everyone. I was even shown how to play a wierdly complicated jumping game thingy that is popular in Europe. So even the adults got to play! Next time I’m bringing my hackysack and a frisbee, why should the kids have all the fun?

it was such a fun group

I had to add a secont pic of the food!

During the picnic we were already getting requests for another edition and that is so cool! We are thrilled that everyone had such a good time and I hope the next one will be even bigger!

We scheduled the next Vegan Pot Luck in the Park for July 22. Here is a link to the fb event page so you can get all the details: Vegan Potluck in the Park